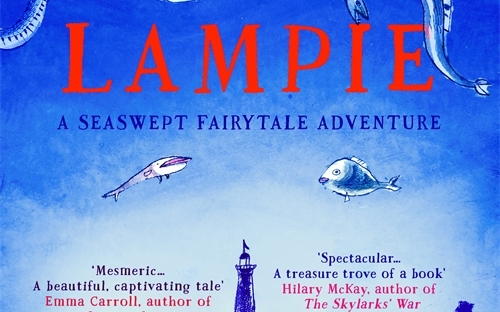 Following on from last week’s post about YA Poetry anthology INK KNOWS NO BORDERS, this week’s post concentrates on chapter books and middle grade novels that I’ve come across over the last few months.

Oh my goodness, how have we not discovered these books before? Full of cheese and rodent-based puns, these are just such good fun. My seven-year-old chuckles every time we come across exclamations like “Putrid cheese strings!” or “Rancid rat droppings!” and our absolute favourite, “HOLEY CHEESE!”  Each book follows the protagonist Geronimo Stilton and various members of his family on an adventure and can be read as standalone books. These are gentle adventures with a hint of danger but nothing more. There are far more giggles than gasps! Chapters do tend to leave you on a cliff-hanger which often leads to pleas for “just one more…” I also like that each book often has a repeating phrase, “Oh what a day!” for instance, so when reading aloud, I often get my daughter to fill that bit in. So far we’ve read the first two and a half books and there’s still plenty more to come. A spin-off series about Gerrykins’ sister Thea and a graphic novel series are still to be explored! It’s also worth pointing out that as well as being great fun, they really are a master-class in pun translation.

The Letter for the King by Tonke Dragt, translated from Dutch by Laura Watkinson (Puskin Press)

I think I might be a little late on the uptake on this one, having now been made into a Netflix series, but better late than never! The Letter for the King is a great adventure novel with a new twist or turn around every corner. When an old stranger interrupts Tiuri’s night time vigil in the chapel on the eve of his knighthood, little does he realise the adventure that will follow. While disobeying the King by answering the old man’s pleas, Tiuri accepts the task given to him by the stranger and follows it through to completion. The book highlights friendship and loyalty as well as pursuing a course of action based on what you think is right.

One section that struck me was where Tiuri has met a man in the woods with a strange aspect, who appears to be a fool. While initially impatient to continue on his journey, Tiuri stops and makes time to talk to the Fool. As he leaves, he promises to visit the Fool upon his return. Not forgetting the kindness the Fool has shown him, he does return to speak to the Fool again on his way back. I really liked the tenderness displayed by a would-be knight who is made out to be courageous and daring. Brave boys can be kind-hearted too!

One for fans of the Worst Witch series, this is a lovely little chapter book about a young witch who, following the rules of being a witch, sets out on her own to find her own place to live and work, taking her talking cat with her. Every witch has a special skill but Kiki isn’t sure what hers is. With witches being a rarity, her neighbours are somewhat skeptical when she moves into town. She settles on providing a delivery service, which has its ups and down but she ends up winning over her neighbours with her kindness. My only slight bugbear was that everywhere Kiki went, she was greeted by someone telling her she was “cute”. I appreciate the original Japanese version of this story was written in 1985, but I do wish they wouldn’t comment on her looks every time! But that aside, it’s a very sweet adventure story of a girl going out into the world, learning her strengths and carving out a future for herself. At the end of the allotted year, she returns home and reflects on just how much she has grown.

Earlier in the year, I also reviewed Lampie by Annet Schaap, translated by Laura Watkinson (Pushkin Press, UK), which has just been released in the USA as Of Salt and Shore by Charlesbridge. That first masterful scene of the storm and the light house still remain with me today!